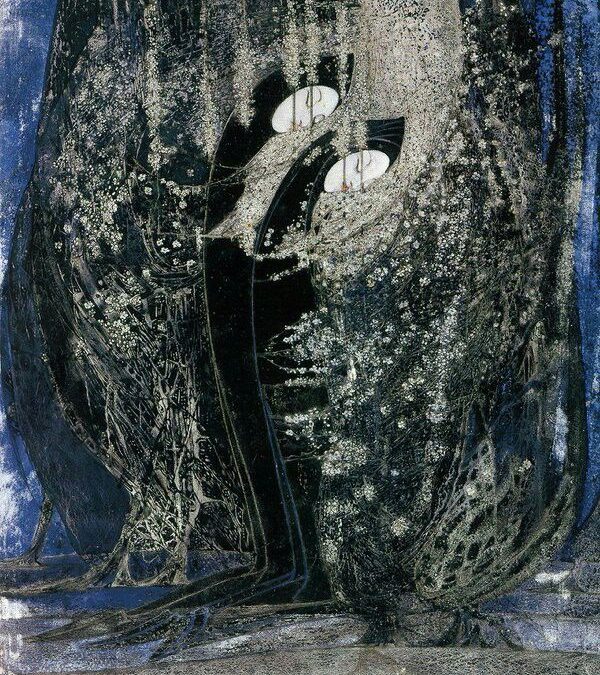 Art Historian Stella Grace Lyons, who is an Arts Society Accredited Lecturer, presented to the Society a special Christmas Lecture entitled ‘Painting Winter: Snow Scenes in Art’ via Zoom.This was our first Webinar – we are so getting used to this technology now!

Stella bought alive some of the most beautifully crafted and fascinating art pieces illustrating the topic.

and ‘The Magpie’ by Monet (1868), but such was the range of paintings Stella introduced to us we were just as captivated by the detail of the winter domestic scene by the Limbourg brothers in ‘February’ from Les Tres Riches Heures du Duc de Berry. This medieval manuscript dates from 1413-1416, one hundred and fifty years before Bruegel and indeed this painting could be said to be the very first depicting a Winter scene.

Both Bruegel and the Limbourg brothers and, much later, the work of Caspar David Friedrich (1774-1840) all captured the harshness of Winter, although Friedrich went further, seeing winter representing death and decay, symbolised by ‘Oak Tree in snow’ (1829).

Contrast this with Van Gogh’s ‘Flowering Peach trees’ 1888, where the winter is almost over, and the grass and blossom represent the pure regenerating spirit of nature.

We were also presented with Winter as a symbol of loss and grief. ‘The legend of the Blackthorns’ (shown at the top of the page) was painted by Margaret Macdonald in 1922 after the suicide of her sister. The two bowing pale dark figures are surrounded by a flowering blackthorn which, in Victorian flower symbolism, depicts mourning. It is sad to say that due to the pain of her grieving that, after completing this beautiful watercolour, Margaret Macdonald never painted again.

One of Stella’s favourite painters, Andrew Wyeth (1917-2009) painted ‘Winter’ (1946) after the death of his father who was tragically hit by a train. The painting depicts the artist running across a hill. Behind the hill is where his father had died. For Wyeth, this hill came to depict his father as sadly, he had never painted his portrait whilst his father was alive.

Another painting by Wyeth ‘Fence Line’ (1967) is a gorgeous watercolour on paper where you can sense that he truly ‘feels’ the winter ‘I prefer winter and fall, when you feel the bone structure in the landscape’

In this brief overview I have merely touched the surface of Stella’s truly enlightening and entertaining Christmas presentation. Thank you Stella for sharing your knowledge and understanding with us. I really hope you will be able to join us again soon. A big thank you from the Wolverhampton Society of Artists.

I have listed the paintings and artist referred to in the webinar below, should you wish to take a look for yourselves. If you do have the opportunity to look at Stella’s website and indeed maybe attend one of her online public lectures I guarantee you will not be disappointed.

I wish all our members and their families a very Happy Christmas.

Pieter Bruegel the Elder    Hunters in the Snow 1565

EA Hornel &George Henry The Druids bringing in the Mistletoe 1890

Margaret MacDonald      The legend of the Blackthorns’ 1922