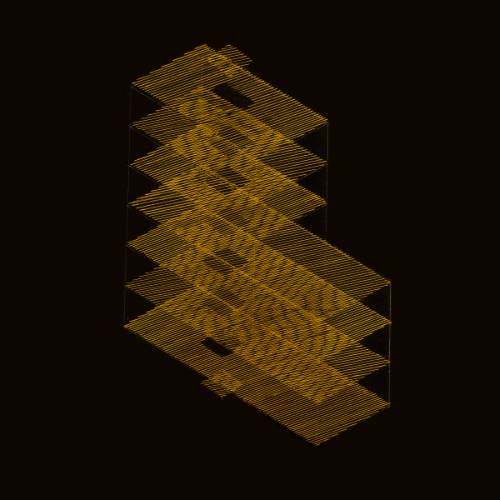 Steve Evans qualified as a Chartered Structural Engineer in 1970 and worked as a structural designer and consulting engineer, concentrating exclusively on his art work since 2005.

He undertook a Foundation course followed by an HND in Fine Arts at Stourbridge College completing that qualification in 2012.

His work is informed by this engineering background and is rooted in an interest in architecture, space and geometry. It incorporates the techniques and formal qualities of technical drawing before the advent of CAD. Unlike CAD these works contain minute inconsistencies. These ‘flaws’ evident in the hand-drawn pieces, add qualities making each unique – the arrangements of line create visual disturbances and illusions beyond the original formal references. The works are concerned with man-made form and celebrate the modern, but are also pieces in their own right – abstractions exploring and extending pictorial space, using light, line and colour.

Since 2006, his work has been shown in exhibitions around the East and West Midlands, South Yorkshire and Merseyside.

He undertook a residency at the New Art Gallery Walsall between January and March 2017.

In 2017 he began working as Honorary Curator of the RBSA.

His work is held in the RBSA archive collection as well as in private collections in the UK, the Netherlands, France and New Zealand.