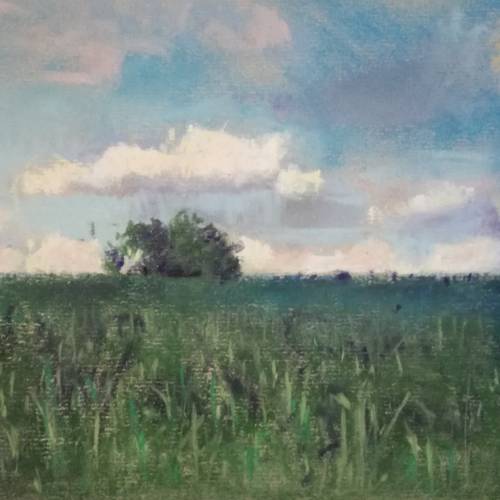 I have been drawing for about 50 years, I took a fine art degree in 1974 – 76, as a mature student from industry. I felt that I leant very little – In my experience they guided you towards seeing but gave you very little formal training with respect to handling various colour mediums, they appeared to be more involved with “conceptual work rather than figurative.  I got the impression that, to them, the process of observation, interpretation and making marks was banal, while a higher philosophical approach, regardless of craftsmanship, was the name of the game, with lecturers seen only occasionally and then trying to get you to paint like them – one wonders how they would have actually survived in the real world.

Come the final show several skips were perched outside the studios – these being filled with “sculpture” and two-dimensional work from the final degree year? While the process of art is intrinsically doing it, self-development and progression, you would think there would be at least some teasing clues to career paths and maybe earning a living. Anyway, I left college and went back into industry and ended up teaching my trade, in FE and prisons but have constantly drawn.

Drawing or looking and watching has been a constant source of investigation and probity – starting with literal observation drawing – of detail and light – not being selective and moving on to making marks of broad suggestion, this is what is stimulus for me – someone moving; grouped figures; getting down the essentials with a few marks.

The whole process is one of proportion, line quality, value, texture, spacial awareness and discovery. I have worked from life in sketch books a lot of the time and detailed larger finished (over laboured) drawings. I believe I have nudged up against abstraction but with the starting point still of observation.

The word sketch is often used by those who don’t, as if to cut out the looking and was merely a trivial pursuit.  I prefer drawing or recording. Drawing in colleges has undergone a resurgence in the last 20 years as there has been and has been to the benefit an increase in figurative painters. Phil May an illustrator for Punch in the Edwardian period was reputed to draw in his pocket! –  such control, candid drawings, observation and telling a tale.